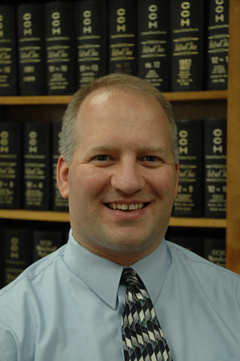 Bob joined Wilson, Harris & Company in August, 2008.  He worked for a CPA firm in Portland, Oregon from December, 1998 through August, 2008.  Bob’s specialties include the preparation of corporation and personal income tax returns, assisting business clients with accounting needs, including payroll, and preparation of financial statement compilations, reviews, and audits.

Bob and his wife Katie were married in 1998.  Bob grew up in LaGrande, Oregon and Katie grew up near Parma, Idaho.  Bob and Katie have two children (a boy and a girl).   Bob and Katie are very excited to be living close to their home towns and their children have enjoyed making new friends in Boise.  When Bob isn’t at work, he and his family enjoy spending time outdoors.